Book One in The Legends of Liria. 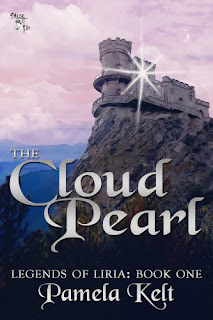 I don’t have a head for heights. I get dizzy on a stepladder. So why did I suggest a trip alongside the infamous Ladder of Cattaro to a monastery perched high in the mountains of ?

You guessed. It was all in the name of research for a new fantasy series I was planning.

It all began with my daughter, Lauren, who in her teens attended advanced circus skill classes at our local youth theatre. She specialised in silks, aerial hoop, trapeze, acrobalance and rope. The shows these youngsters put on were breathtaking. If you’ll excuse a shameless piece of name-dropping, Lauren’s best friend there was Sophie Turner. (Yes, that one.) When Sophie landed the part of Sansa Stark, everyone was talking about Game of Thrones. Fantasy fans were beside themselves.

It crossed my mind, though, that a younger generation of readers (and viewers) 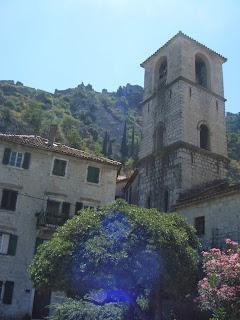 would be excluded, given the adult content. It’s a little rich for my blood, too. So I began to ponder on a fantasy series for tween/teen girls but I struggled with the setting. Everything seemed to have been done. Teutonic, Nordic, Persian. That summer, we went to for a family holiday, and it clicked. I went Balkan.

has it all. Its dramatic mountains out-Tolkien the alps of . Its stunning blue bays and inlets are as dramatic as (the is, in fact, the most southerly fjord). Then there are the exquisite Italianesque towns, stone villas, Roman mosaics, monastic eyries … 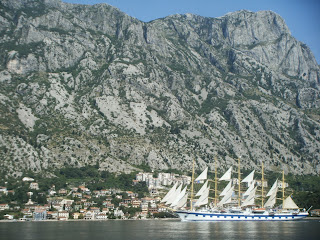 Lord Byron himself was one of many visitors taken by its spectacular scenery and gushed: ‘At the moment of birth of our planet, the most beautiful meeting of land and sea was on the Montenegrin coast.’

The old name for was , which is a little hard to say, and so Liria was born. The sheer diversity of the country, due mainly to its huge mountains, led to a concept of a six adventures in six contrasting settings.

The opening scene is in a villa based on a church overlooking the , for example. Morenija, a city of bell towers, takes its inspiration from Perast with its Venetian architecture. (The swimming there is wonderful.) 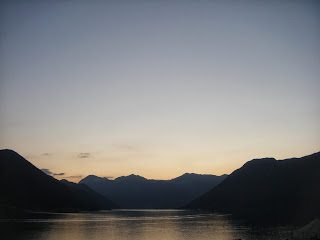 I devoured the guide books for inspiration and became captivated by a famous warrior bishop/poet. His name was Petar Petrovic Njegos, a national hero, for whom a massive mausoleum was built on .

This had to be seen. Despite my fears, I suggested the trip and off we went. 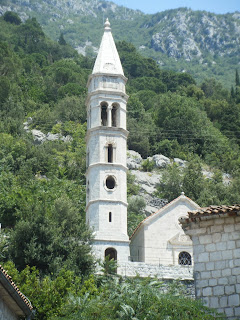 We left Kotor and took the road that followed the Ladder of Cattaro, a zigzag path of almost impossible hairpin bends. It was a former mule track that linked Cetinje, the traditional capital of , to the outside world until the late 19th century. Nowadays, the narrow road is easily the most terrifying I have ever seen, as it winds its way up into the mountains. Looking down was terrifying. Worse were the regular sightings of flowers at periodic bends where unfortunate travellers had misjudged the turns. The safety barriers were crumbling.


Up we climbed, almost into the clouds, past subsistence-level farms and orchards as the scenery shifted from coastal to alpine. The medieval past of is still apparent, lending itself well to an imaginary past, free from modern technology. 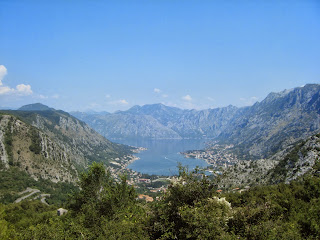 The mausoleum is perched on a grey mountain, approached by a flight of nearly 500 white marble steps with precipitous drops on either side, so vertiginous my palms sweated. The panoramic views of the Montenegrin mountains were epic. I can’t even describe the fear of the trip back down to sea level. I sat in the back of the car with the guide book, not even daring to look out of the window. However, the plot for the first book began to form, featuring a mountain citadel called Gorach that you can now see on the book’s cover. 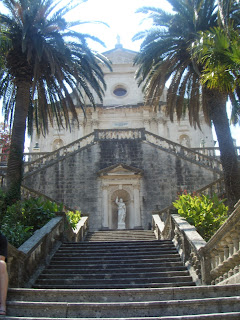 The Balkan theme also came into its own when it came to the characters’ names. I decided to have two complementary protagonists who would be my young questers. In keeping with the aerial skills that had originally sparked the story, it seemed fitting to make them athletic and physically gifted. Svila (Serbian for silk) is a silks specialist (think Cirque de Soleil), haughty, instinctive, confident. Her younger companion is , steady as a rock, skilled in fire poi more by dint of practice than natural ability. At first their friendship is a little sticky, but their relationship firms as they progress through the story. Zoran is the name of an eccentric academic my husband knows, also from .
The fun thing about the Balkan theme for English speakers is that the names are so totally different that you have no preconceptions of what a character might be like. Mirko – good or bad? What about Kurto? Lukas? Dmitri? Dvora? 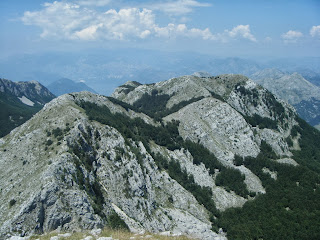 The history of and the Balkans in general is filled with larger-than-life heroes, villains and monsters (from dragons to vampires), so it was delicious fun creating the villain. In fact, I decided a series required a whole dynasty of nastiness, and so Kurova Grax and her misfit brood were fledged.

One day, I would love to return to the Balkans, but next time I’ll stick to the coast.

LINKS
Find Pam on Twitter and Facebook. There is a Legends of Liria blog, featuring The Cloud Pearl, and click here to see the book trailer. Pam also has a blog and author page.

Read Chapter One of The Cloud Pearl here.

Fascinating trip, wonderful story and amazing story-teller!! Thank you Pam for being a return guest on my blog.
Posted by Rosalie Skinner at 2:20 PM 2 comments:

Fall into Fantasy this OCTOBER

This October we'll be holding the FALL INTO FANTASY giveaway. 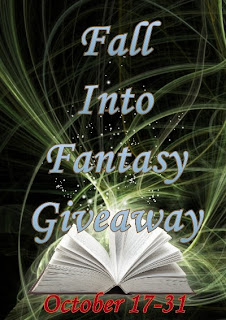 Authors of fantasy and paranormal stories are eager to get their books into your hands. We'll be giving away books and swags to lucky readers so don't miss your chance to win!

Posted by Rosalie Skinner at 7:52 AM No comments: 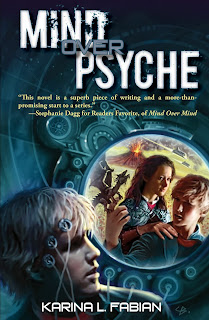