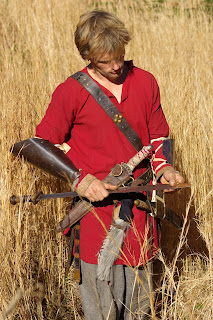 BOOK THREE
The price of surviving the dragon’s lair is responsibility as Caleath faces the impossible task of annihilating the Tarack.
BLURB
The threat facing the Southern Regions of Allorn spreads north as warm weather awakens the Tarack. An alliance of Vergöttern and human forces now face overwhelming odds as they battle to keep the rich grain belts free from the giant ants. Without Caleath, hope of keeping the Tarack confined fades. 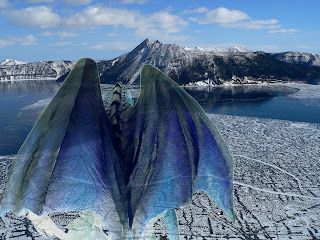 On Dragonslair Island, Caleath’s return heralds a new threat. Releasing the dead Archimage Tallowbrand and surviving as the Deathbringer brings the sorceress Azriel’s plans closer to fruition.
To save Nasith he must face the Tarack queen and her horde. Each survived challenge only brings him closer to confronting the ever powerful Azriel.

EXCERPT ONE
No longer a prisoner of the dragon’s lair, he shivered, measuring pain against the euphoria of limited freedom. His body ached in every fiber, familiar yet oddly foreign pain pulsed beneath burned and blistered skin. 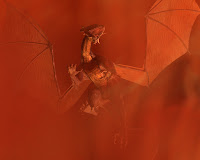 Free from contact with the dragon lords, he reeled with information the dragon Merkaat shared during his incarceration. The weight of the gold band seared into the blistered flesh of his index finger.
The dragon lords insisted he keep the gold ring. It was more than a souvenir of the draconian sorcery he had survived. 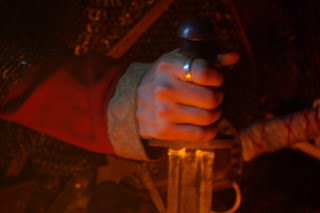 He rested weary bones against the cool support of cave walls, and placed both arms across his knees.

Given time, nanobots should heal his wounds.
A single point of warm aureate light bounced above his head. The scents of wood smoke and pine forest wafted past jagged senses. He recognized the familiar touch of gravity and the telltale essence of humanity.
“Orwin Tallowbrand?” an enquiring call echoed off the cavern walls to Caleath’s right. Echoes shattered deep silence. 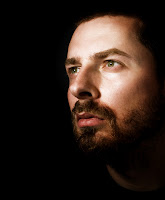 The unfamiliar human voice jolted Caleath’s memory. He returned to the moment he left the cavern, trusting the directions of a dead dread lord.
“Orwin Tallowbrand, Dragon’s bane?” he lifted his voice in reply. “Show yourself! I have returned.”
*****************************
EXCERPT TWO
“Braidon and Tallowbrand have asked you to help them destroy the witch and you’ve refused.” Spider’s raw grief fuelled his accusation. Caleath dropped his arm from the boy’s shoulder and tore his eyes away from Gwilt’s suggestion.


He needed to face Spider’s condemnation before he worried about anything else.


Before he could speak, Gwilt exploded.


“Tallowbrand?” Gwilt caught the name and spat it as if the word itself were poison. 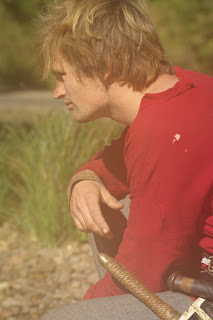 Caleath switched his attention back to Gwilt, confounded by the conversation that seemed to be aimed at him but didn’t seem to include him.


“You don’t know what they ask.” Caleath tried to ease Spider’s anger before he faced Gwilt’s outburst. “Understand, Spider, there are things in life we cannot change. Flea is dead. I am sorry but there is nothing we can do to avenge his murder at this time.”


“Can’t or won’t?” Spider demanded. “Are you afraid of this witch?”


Caleath took a deep breath. Ignoring Gwilt’s piercing gaze, he decided Spider needed consoling in his grief. He took the boy’s shoulders in his hands and turned to face him.


“If I give you my word, to see your brother avenged, will you…”


“No!” Gwilt stepped between them and knocked Caleath’s arms from the boy’s shoulders. “Don’t even think that. Don’t say another word! By the Blade, you are playing right into her hands. She reads you like an open book! No wonder she is confident of success.”


“What are you doing, Gwilt?” Caleath turned his head to discover Paskin at his shoulder glaring at the newcomer with unspoken threat. “It’s all right, Paskin. Relax.”

“Whatever you do, you must not play into her hands, Caleath. She is waiting for you to release the Archimage Tallowbrand.” Gwilt’s dread announcement sent ice through Caleath’s veins. “Once she heard you had been given the title Deathbringer…”


“Tallowbrand?” Caleath groaned. “I don’t think I want to hear anymore.” Sudden exhaustion leached the last reserves of his energy. He forced knees of warm wax to hold him upright. “Sweet mercy, I could do nothing else.”


Gwilt’s expression of horror shocked Caleath. Gwilt traveled with Penwryt without qualm. Why should he fear a dead dread lord?


Meanwhile, Spider recoiled and fell silent. The specter in question manifested his form in the darkness within Gwilt’s sight.


“Paskin, take care of Spider,” Caleath pleaded when the boy retreated with dark glances into the gloom. “Do not leave him alone.”


“As you wish. He’s a tough young rascal, Caleath, he will be all right.”


Caleath nodded without taking his eyes from Gwilt while the archimage cast a mocking bow toward the youth from Allorn.
“Meet Orwin Tallowbrand, Gwilt.” Caleath’s words tasted bitter. “As you can see he is already free.”


Gwilt stood irresolute. His eyes widened and his whole body trembled. He took a deep breath and turned to face Caleath. “You don’t know what you have done this time, Caleath.”


“This young man has paranoia running through his veins, Deathbringer. Azriel has taken all courage from his backbone. Do not let his ranting cause you concern.” 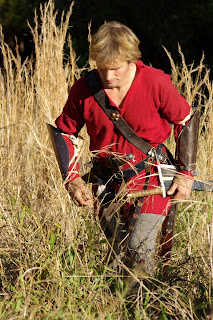 Tallowbrand’s transparent grin did not appease Caleath’s anxiety or exhaustion. “Dragon’s breath, smell his fear. You do not need his support. Braidon made an error of judgment. Send him on his way.”


Caleath’s inherent distrust of sorcerers cramped the muscles in his throat. He lowered his shoulders and stretched the kinks out of his neck. At least he understood the archimage. He could do without his interference.


“Be gone!” He found the immediate disappearance of the apparition as unsettling as his mordant comments. He turned to face Gwilt’s doubts and accusations with patience.


“Now tell me what you think I have done.” 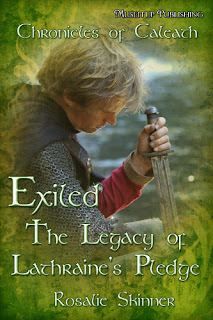 PHOTOS Courtesy of FOTOLIA.COM and All photos of EXILED are copyright to RACHEL LEWIS PHOTOGRAPHY. Thanks to Matt Bryant for becoming Caleath. :)
Posted by Rosalie Skinner at 1:20 PM