The assassin took six strides across the clearing. He unsheathed a sword as he approached.


Caleath’s breath caught in his throat. The wizard raised his staff and the ranger froze mid step.


A strange miasma of white magic circled around the stationary ranger but whipped away from contact with Caleath when he sprinted toward the buckskin. Already a second ranger crossed to join his partner. His voice reached Caleath as he ran for the trees.


“What sorcery is this, Penwryt?” the ranger cried while he lifted his loaded crossbow and tracked Caleath’s movement with his aim.
Caleath heard the wizard’s warning but when he turned to give heed, the crossbow bolt flew straight and true. 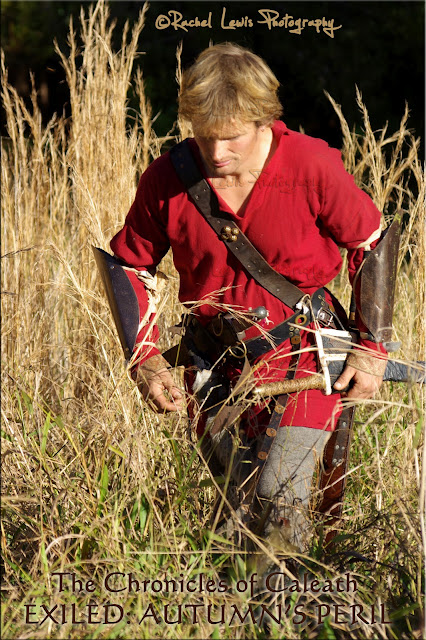 I found you via your tweet. I love this book. You deserve mega sales.