ICE TREKKER... a Young Adult Fantasy... for all ages.

It is with great pleasure I can finally introduce this wonderful story.
ICE TREKKER by Pam Kelt


“Hide!” hissed the old sailor, eyes white with fear. He slithered across the icy decking and burrowed into a tangle of fishing nets lying on the dock. 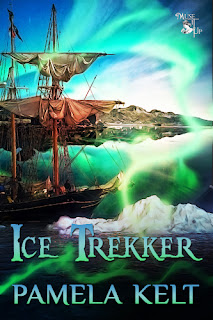 Midge turned his face upward. The navy night sky turned green, laced with purple and orange like oil in water. “What is it?” he asked, ducking into the doorway of a battered wooden boathouse. A rippling movement swept over his head in a giant tidal wave of light. He held his breath as though he were being sucked under water.

“Skythons!” came the terrified reply. “You gets them in Krønagar. But never seen ’em so big before. Horrible things. Horrible!”

Midge stared upward to watch a shimmering snake-like pattern weave and twist across the sky. The effect of long, rippling muscles struck him as so strange and beautiful that he forgot to feel afraid as he gazed at the shifting colours.

“They mean bad luck,” howled the sailor, arm over his eyes.

Up in the cold sky, colours still shimmered. “Surely it’s just superstitious nonsense?” Midge said, still staring. “They can’t be real. Just a trick of the light.” He couldn’t drag his eyes away from the sight as the shape swooped toward the dark line of mountains, arched up, over, and back toward where he stood on the little jetty. He jolted as he realised a giant violet eye, bloodshot and terrible, was staring right at him. 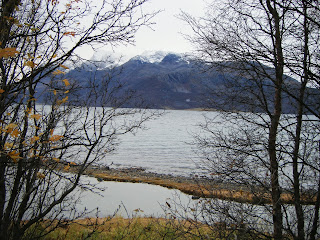 Some years ago, I was lucky enough to wangle a trip to Tromsø in Norway, just north of the Arctic Circle. It took three flights to get there and I’d never felt quite so intrepid. The place is stunning, with its colourful harbour and huge mountains, already covered in snow by October. On our last day, we visited Polaria, a striking museum itself shaped in the form of ice floes thrust up on land by the rough seas of the Arctic. A key theme of the place is that despite the powerful, rugged beauty of Polar regions, they are fragile. 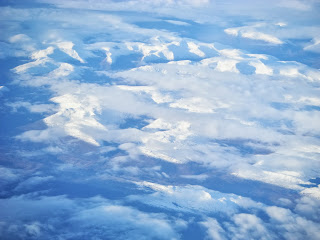 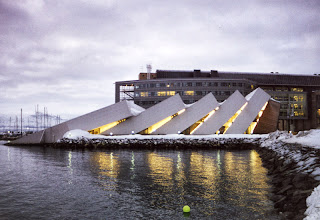 The flora and fauna, indeed the whole landscape is at risk from global warming. At first, man just wanted to explore the poles out of a sense of adventure, but now, it is teeming with scientists, some working to improve bio-diversity, others looking for fuel. I’d already been thinking about a story about an icy trek, but I found myself resisting the ‘high fantasy’-style objectives such as talismans, treasure, mystic dragon’s eggs and so on. I hit on the idea of making the story an ‘eco-adventure’, so the Grells are desperately trying to find an alternative - and sustainable - fuel source to Blackfrost. Why else would you trek north through the frozen wilderness, after all? I received invaluable scientific insights on the matter from my husband, Rob, a chemistry professor (and co-author of Half Life). The nature of their mission led to other technological additions, and it was great fun coming up with new gizmos and gadgets that would fit the time and place. Truthfully, though, I’ve no idea where the concept of ‘abominaballs’ came from!

Obviously, the environmental lesson isn’t spelled out in the story, but I’m hoping the nature of this more modern ‘quest’, albeit in a fantasy world, will strike a chord with young readers.
________________ 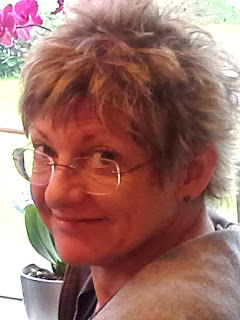 For those of you who don't remember Pam from our previous guest post...here is her
Bio__________
With a background in journalism, languages and educational publishing, it was inevitable that I would eventually say to heck with a career and try writing for myself. After a few years of trying out different styles, I landed six book deals in as many months and declared myself reinvented. Just as well, as it’s the ideal way to combat empty nest syndrome now that my daughter is at the University of Edinburgh doing History of Art. 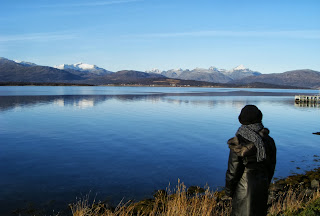 Three titles are for adults (Dark Interlude and Half Life with MuseItUp and Tomorrow’s Anecdote with Crooked Cat). Botanical mystery The Lost Orchid (YA/NA) is scheduled for an autumn release at Bluewood Publishing, along with two teen fantasy adventures, Ice Trekker and The Cloud Pearl, part one of Legends of Liria (both with MuseItUp). I now write full-time. I live in leafy Warwickshire, England, with my academic husband Robert (with whom I collaborated on Half Life, a ‘noir’ thriller set in 1936) and our two daft dogs. My favourite pastimes, apart from writing, are watching movies, trying not to overwater my windowsill orchids and keeping up with best teen fantasy fiction around. 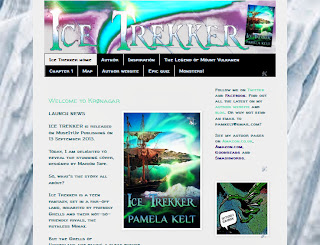 Follow Pam's ICE TREKKER blog...
Thanks for returning to my blog Pam with this new novel. I have been looking forward to ICE TREKKER's release since I had the honour of editing the manuscript.
Posted by Rosalie Skinner at 1:59 PM

Ice Trekker sounds like a fun and pleasant read for a hot day like we've had today, though I probably wouldn't go as far as the Arctic circle to cool down.

Wish you great success with the novel.

Hi, there,
Thanks! Tromsø was cool in more ways than one. Ice Trekker was so much fun to write. I hope people enjoy it. In fact, today I had a great idea for the sequel ... Meanwhile, it's warm, here, today too, so I might just sit in the garden and catch up with some reading myself.

Even I'm surrounded by tons of unread books, I travel through the blogosphere to discover more books.
Ice Trekker sounds good and I hope it will find the readers which it deserves.
Fingers crossed!

Thanks for dropping in Edith, Heather and Edi.
It's great having you as a guest, Pam. I too hope you find readers for this captivating novel.

Hi, Edi,
Thanks for your good wishes. I'm always on the look-out for new titles too.